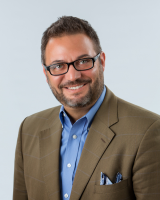 Mortgage rates continued pushing up to new 7-year highs today, even if only by a small margin.  This is notable because the underlying bond market (the primary factor in mortgage rate movement) suggested that rates should have fallen today.  The issue is that bond markets were so weak on Friday that mortgage lenders didn't have a chance to fully adjust their rate sheets to reflect the losses.  As such, there were still some losses to deal with this morning, and today's modest bond market improvement wasn't quite enough to offset them.  In other words, we began the day with enough of a disadvantage from Friday that it couldn't be overcome.

As for today's overall bond market atmosphere, things were far calmer today, with trading levels essentially sideways for the duration.  There is some potential for volatility as the week progresses.  Bonds/rates are on a fence at these long-term highs.  They're either going to attempt to push lower more meaningfully than they did in October, or we're about to see another push to new long-term highs.  From a lock/float standpoint, it hasn't made much sense to consider floating recently.  That will continue to be the case until we're clearly witnessing a more substantial bounce.  Rest assured, I'll be talking about it in detail when it happens.