The 70's and 80's brought unforgettable economic lessons about inflation. Since then, certain market participants have been watching inflation like hawks, even when they didn't need to.

After the start of the pandemic, the massive amount of fiscal stimulus (covid relief bill) and monetary accommodation from the Fed (bond buying and rate cuts) had inflation hawks on high alert.  Fed speakers have been consistent in their response: yes, inflation was likely to spike this spring for a variety of reasons, but it wouldn't necessarily be evidence of a sustainable shift.

Inflation can be measured in a few ways, but the most basic and most popular is via price indices published by the government.  The Consumer Price Index (CPI) is one of the two dominant forces in that regard and this week brought a fresh update for the month of April.

While analysts agreed with the Fed's inflation warning, this week's actual CPI data eclipsed even the most aggressive forecasts, both in monthly and annual terms. 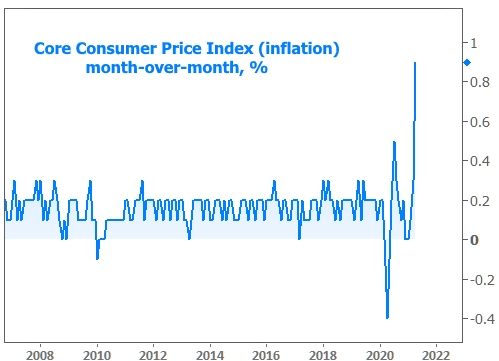 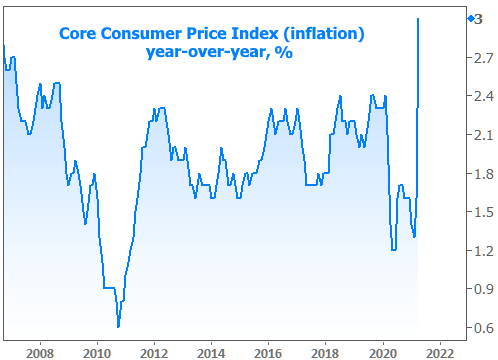 What's so bad about inflation though?  After all, hasn't the Fed said they want inflation to remain a bit higher relative to their typical target?

Yes, the Fed is actually trying to keep inflation higher than normal because they argue it will foster a stronger economic recovery for a wider slice of society.  Regardless of one's opinion on that complicated topic, everyone agrees that "too much" inflation is a bad thing.

One of the most relevant negative impacts of high inflation on the mortgage/housing market is that it puts upward pressure on rates.

Here's a quick explainer as to why:

Mortgage rates are primarily determined by trading in the bond market. Investors who buy bonds earn returns by collecting payments over time based on terms agreed to upfront.  Inflation robs those payments of future purchasing power (I'm giving you $100/month for 30 years, but what if a pack of gum costs $100 in 30 years?).  As such, if investors expect higher inflation, they adjust by charging higher rates today.

That scenario played out immediately in the bond market on Wednesday with 10yr Treasury yields spiking abruptly in the wake of the inflation report. 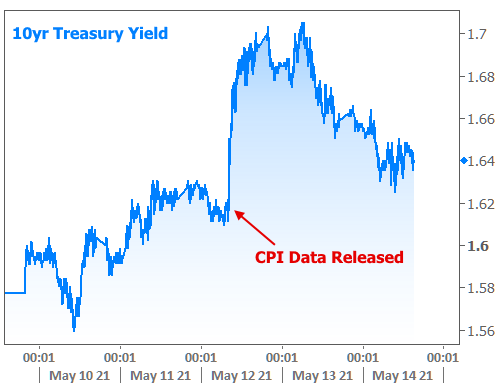 That looks fairly dramatic on the 5-day chart, but in the bigger picture, the bond market arguably took the inflation surprise in stride. 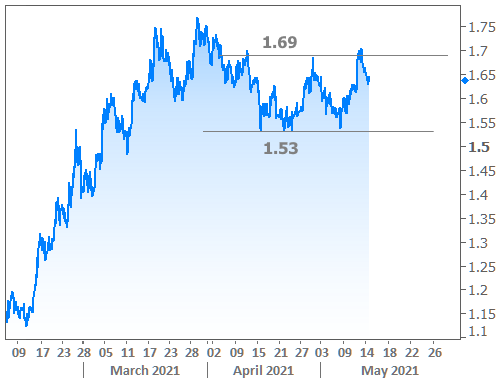 The 2nd half of the week was spent recovering back into the prevailing range with a weak Retail Sales report doing nothing to stand in the way.  We'll stop short of giving the data credit for the rate recovery simply because this series remains exceptionally volatile.  No one wants to read too much into another "rebound month" following last month's stimulus check effect. 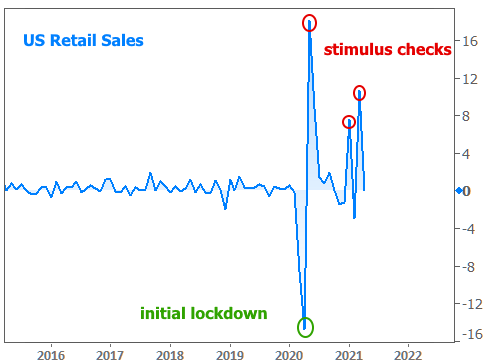 Mortgage rates were logically higher on the week, even if multiple headlines suggested they were lower.  Those headlines almost certainly cite Freddie Mac's weekly survey data.  By the time the survey is released on Thursday, it can be very stale if rates experienced much volatility earlier in the week. 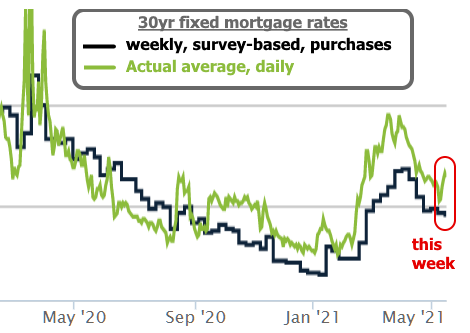 Next week brings a slew of housing-related reports with Builder Confidence leading off on Monday.  Residential construction numbers follow on Tuesday and the important Existing Home Sales report will be released on Friday.  Analysts expect the housing data to hold fairly steady with last month's levels.